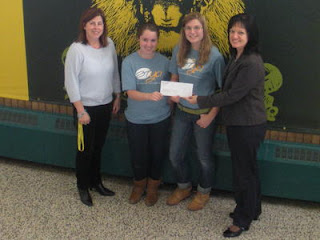 “We’ve tried to do everything we can to avoid it,” she said. “But we still have a gap, and unless something changes we’ll need to close the gap through a fare increase.”

In a letter to TTC customers, Stintz suggested a fee increase is on the way if the province doesn’t cover more of the $1.5 billion it costs to run the TTC."

Longer waits, fewer seats as TTC announces reduced service - The Globe and Mail: "TTC riders in every corner of the city will feel the effects of service cuts set to begin in January as streetcars and buses are taken off the system’s busiest routes at rush hour and off-peak hours. More crowding and longer waits will be the outcome.

The service cuts will save the system $15-million and were approved this year by TTC commissioners as part of their efforts to find the 10-per-cent budget cuts demanded from every city department and agency. At the time, riders were warned that decision would mean reductions to service. Details of the cuts were made public Thursday, the same day as the TTC’s first town hall meeting with riders, and reveal just how far the pain would be spread."

LORINC: Ford’s mistake of historic proportions « Spacing Toronto: "Mayor Rob Ford’s plan to bury the 19-km Eglinton Crosstown LRT from end to end, instead of just through the crowded core of the city, will be rightly remembered as the single most expensive infrastructure mistake in Toronto history."

Toronto News: ‘Pay now or pay later’ for transit - thestar.com: "The president and CEO of the Toronto Board of Trade says she’s optimistic Toronto can find the right combination of funding and political will to solve its congestion crisis.
Gridlock already costs the region $6 billion a year in lost productivity and that will more than double to $15 billion by 2031, Carol Wilding told the Canadian Public Transit Association conference at a downtown Toronto hotel.
The city needs $2 billion annually for the next 25 years to expand transit and keep the region from choking on traffic as more people move into the area.
“We pay now or we pay later,” she said. “We have to have the courage to act and be innovative.”"